I woke up this morning to the sound of two children outside my window- making snow angels at 7a.  I had been eagerly awaiting the snowstorm all night- checking the weather far to often- hoping the cold rain would end and the magical snow would start as soon as possible.  Sometime around noon I ventured outside to build a snowman and I ended up frolicking and creating in the snow until sunset- forgetting to realize that my toes were numb and my fingers were frozen- only to remember once I came inside; exhausted from the cold- and the sharp pains of warming came upon me.  Being from California- I have not been around much snow in my lifetime- and the magic of it thrills me.

Although I was snowed in- I’m lucky enough to have a beautiful backyard with a tiny creek and a forest- as well as some branches that were draping beautifully over my back fence- so I wrapped my extension cord in plastic, set up my modest lights and iPhone tripod, covered my face in shimmery blue powder and ventured outside to capture some of this magic with some self portraits.

This perfect sweater was indeed thrifted- and the crown: a leftover DIY from a Christmas past.  I’m feeling inspired by all this pretty weather so I picked out some beautiful snow poems for you all to enjoy. 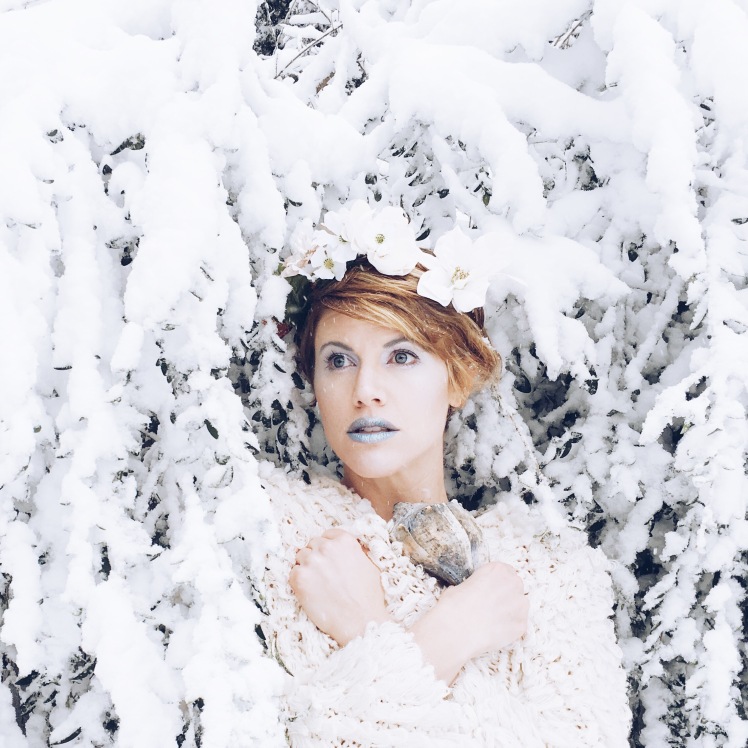 Between the darkness and the light,
And flowers from an enchanted star,
Fell showerlike from her flying car.

And silently through all the hours,
The trees have borne their magic flowers,
And now stand up with dauntless head,
To catch the morning’s gold and red. 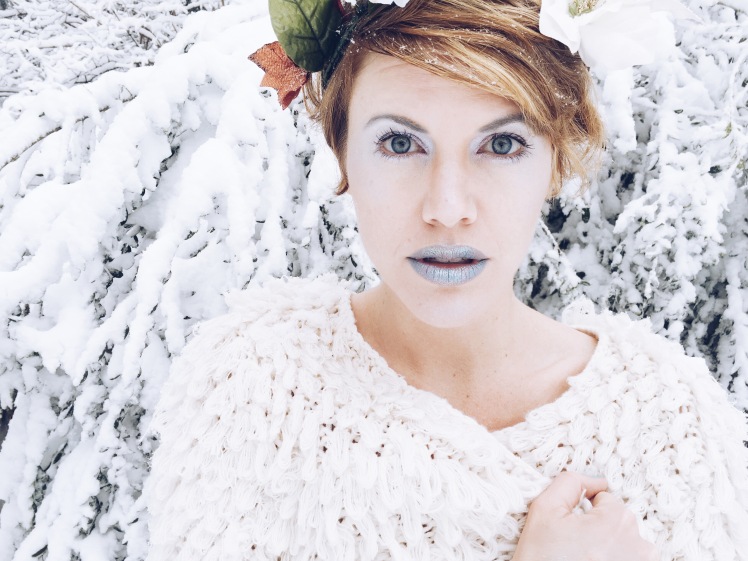 Throughout the afternoon I watched them there,
Snow-fairies falling, falling from the sky,
Whirling fantastic in the misty air,
Contending fierce for space supremacy.
And they flew down a mightier force at night,
As though in heaven there was revolt and riot,
And they, frail things had taken panic flight
Down to the calm earth seeking peace and quiet.
I went to bed and rose at early dawn
To see them huddled together in a heap,
Each merged into the other upon the lawn,
Worn out by the sharp struggle, fast asleep.
The sun shone brightly on them half the day,
By night they stealthily had stol’n away.

And suddenly my thoughts then turned to you
Who came to me upon a winter’s night,
When snow-sprites round my attic window flew,
Your hair disheveled, eyes aglow with light.
My heart was like the weather when you came,
The wanton winds were blowing loud and long;
But you, with joy and passion all aflame,
You danced and sang a lilting summer song.
I made room for you in my little bed,
Took covers from the closet fresh and warm,
A downful pillow for your scented head,
And lay down with you resting in my arm.
You went with Dawn. You left me ere the day,
The lonely actor of a dreamy play. 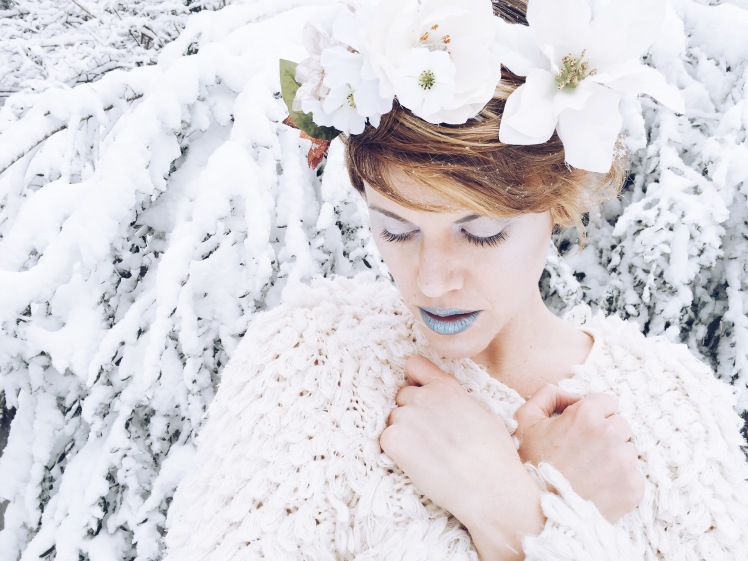 Out of the bosom of the Air

Out of the cloud-folds of her garments shaken,
Over the woodlands brown and bare,
Over the harvest-fields forsaken,
Silent, and soft, and slow
Descends the snow.

Even as our cloudy fancies take
Suddenly shape in some divine expression,
Even as the troubled heart doth make
In the white countenance confession
The troubled sky reveals
The grief it feels.

This is the poem of the air,
Slowly in silent syllables recorded;
This is the secret of despair,
Long in its cloudy bosom hoarded,
Now whispered and revealed
To wood and field.
Snow-Flakes

“She can’t be unhappy,” you said,
“The smiles are like stars in her eyes,
And her laughter is thistledown
Around her low replies.”
“Is she unhappy?” you said–
But who has ever known
Another’s heartbreak–
All he can know is his own;
And she seems hushed to me,
As hushed as though
Her heart were a hunter’s fire
Smothered in snow. “

I hope you are all taking advantage of this storm to create some magic of your own!